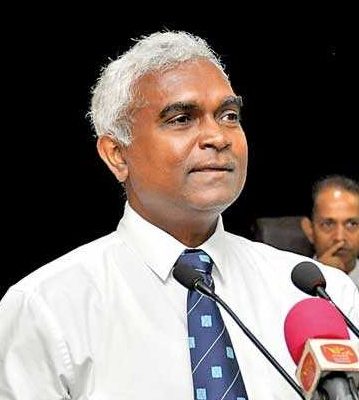 Where have all the Dollars gone…???

No one knows what happened to the dollars earned by the country. Why did the reserves drop to such low levels, and so soon? I can enumerate the extra costs, meaning precious money wasted in the energy sector (electricity and petroleum) tracing major projects since 1987; how much of extra costs were incurred when politicians played ball games with each project and the persons responsible can also be indicated.

Why do we have to trace losses caused to the energy sector by politicians and others from 1987 onward? This is because similar manipulations continue to happen, and losses keep mounting, as we speak. All spent in dollars.

Power plants in plans were repeatedly cancelled, delayed, and sites shifted round and round the country. The end result? Increased use of oil to produce electricity. The public think electricity is produced from renewable energy. Wrong!

Even in the year 2020, 27% of electricity produced came from the most expensive way to produce electricity: oil. Not even an oil exporting country uses oil to produce such a share of electricity from oil. All plans to reduce the use of oil have been sabotaged by former Presidents, Prime Ministers, NGOs and strangely and uniquely in Sri Lanka, by Bishops!

Since 2014, Sri Lanka has been struggling to build a terminal to import natural gas, LNG. The President tried for five years, to get a Korean company to build it. The Prime Minister tried for four years to get an Indian company to build it. The battle turned into a “terminal” battle between the President and the Prime Minister. All this was when the Electricity Act 2009 says, in no uncertain terms: electricity should be procured on a competitive basis.

Now the government has changed. There are new decision-makers and there are new friends and affiliations. Contracts need to be given. This is the same story doing rounds over the last two weeks about a Cabinet Decision to “award” the gas terminal tender to a company that suddenly emerged from nowhere. All this was while a competitive bidding process was open.

An Honourable Minister would have informed such a company or an Ambassador approaching him for the gas terminal contract: “Look Madam, we have already launched a competitive bidding process. The bids are due to close in three months’ time. You have ample time. Please encourage as many companies from your country as you like, to send their bids. So, how many tender books do you want, Madam? I will get them dispatched promptly to the companies in your country, with a copy to your commercial attaché in Colombo”.

As we now know, what happened is completely the opposite.

So, what is the likely outcome? There will be a new “terminal” fight 2021-2025; Finance Minister’s terminal vs the CEB’s competitively bid terminal. The end result: no gas terminal will ever be built. Then write in the 2025 manifesto, repeating the same sentence as in the 2019 manifesto: “the gas terminal will be built without further delay”. Meanwhile produce electricity using diesel but tell the public that electricity comes from renewables. This is the tragedy of Sri Lanka.

The Archbishop of Colombo says he does not want gas power plants. The Bishop of Chilaw does not want coal power plants. However, the Holy See and the Vatican gets 45% of electricity from gas, 10% from coal. Good for Pope; not for Sri Lanka. The end result: more oil used for power generation, the curse of Sri Lanka. Of course, for oil power plants, there will be no such divine intervention.

But you are told electricity is produced from renewable energy; yes at prices up to Rs 25 per unit. Rs 22 per unit from rooftops. Renewable energy is cheaper, less than half that price in other countries, but not in Sri Lanka. You can come to your own conclusions why it is so expensive.

Finally, to the oil refinery. The 50-year old refinery badly needs an upgrade or a replacement. Since the year 1995, “friends” of politicians offered to build refineries. If all of them were built, Sri Lanka will be floating in oil by now. Alas ! nothing happened. For over 25 years, friends of Presidents and Prime Ministers offered to build a refinery, crushing all attempts by the CPC to call for competitive bids: “do not worry, an investor will build the refinery you want”. The latest was so recent, in March 2019, when a “friend” from Oman even laid a foundation stone in Hambantota to build a refinery. Soon after, Reuters quoted an Omani official as saying Oman had no role in the project. Meanwhile the country loses USD 300 million per year.

Now, according to the Minister, a competitive bid would soon be launched to build a refinery. Do not be surprised if an ambassador meets the President and offers to build a refinery. The end result: no refinery, and the 2025 manifesto to say “a new refinery will be built very soon”.

The table shows how Sri Lanka was made to waste USD 17 billion for 35 years since 1987, owing to major projects in the energy sector being manipulated by persons listed. There have been numerous other losses or pilferage caused at energy facilities, which are not listed here.

So how was this USD 17 billion ‘extra” financed? Of course, by borrowing money from the international market. The “sovereign bonds” Sri Lanka is paying with utmost difficulty, causing untold hardship to its citizens and their businesses, was money borrowed partly to pay for oil to produce electricity.

If not for the Presidents, Prime Ministers, NGOs, and uniquely for Sri Lanka, the Bishops, Sri Lanka would have USD 17 billion extra in the treasury. We would have smoothly sailed over these difficult times.The sad part of the story is that the same cycle of manipulation continues, as you read this article.So, the winners are those who delayed and continue to delay the oil refinery, closely followed by those who delayed and continue to delay the Norochcholai power plant.Loan asked from Bangladesh was: USD 200 million. Loss caused by above politicians, officials, NGOs and Bishops, is USD 16,935 million, and keeps increasing as we speak.