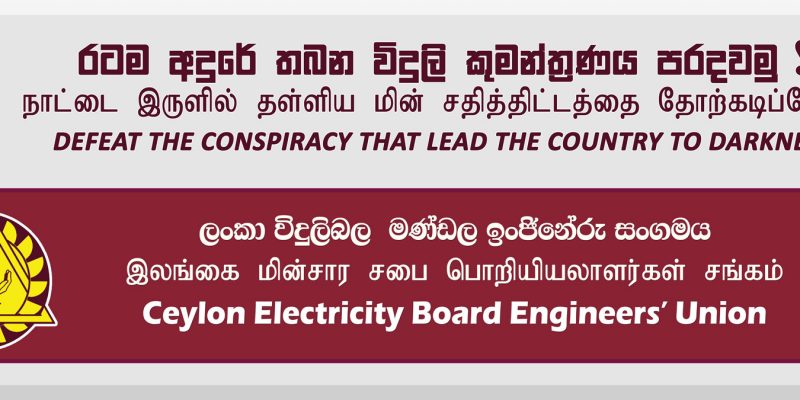 The Power sector in the country has been thrown into deeper crisis as not a single power station was added to the national grid during the past few years to meet the rising demand. To make matters worse even those power stations that were scheduled to be built were also halted putting aside the years of planning done by engineers while bringing forth the business interests of a few individuals and organized groups to suit their whims and fancies. Allying with business associates to earn a quick buck through under hand dealings has led to a tug of war while purposely delaying of Power Plant tenders has led to a crisis situation in the country which has helped the same groups to fish in the troubled waters. It is most unfortunate that many political heavy-weights, top officials in the ministry as well as members and officers in the self-proclaimed ‘independent’ Public Utilities Commission represent this business cartel.
While it is essential that at least 150MW of power is added to the National Grid every year to meet the ever-rising demand, the failure to do so has been blamed shamelessly on the ongoing drought and the defects of Norochcholai Power Station.