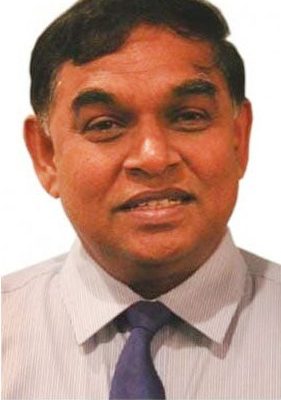 Professor Ranjit Perera passed away on 17th February 2021, a few months after his retirement from the University of Moratuwa. He dedicated his entire life to teaching undergraduates and graduates, and on research into very practical aspects of electrical engineering and the electric utility industry. Thousands of engineers who graduated from University of Moratuwa, and from Kotelawala Defence University where he was Dean Engineering in its formative years, have learned from Ranjit. He was ever ready to assist students in their projects, both at undergraduate and master’s levels, diligently guiding them through the initial months of “finding their way”, right up to the end.

His postgraduate study and research were in Germany, where he also spent some of his sabbatical leave, after rejoining University of Moratuwa. When the position of Director General, Public Utilities Commission fell vacant in 2008, he was appointed to the position. The experience of many countries was that an academic was most suitable to lead a new regulatory commission. Tactful, genuine, and passionate interventions are required when a country establishes a new regulatory commission to supervise an established industry with a 100-year history, which had been self-regulating for 60 years.

Year 2009 was a milestone year in Sri Lanka’s electricity industry for two reasons: the new Electricity Act, debated for ten years, was approved by Parliament in April; there was a massive blackout in October. Both these events heaped a lot of responsibilities on the Public Utilities Commission, which itself was still in its infancy. Professor Perera was the Director General. Within a few months, he completed all the initial regulatory instruments required under the new Act. CEB and LECO were issued with “licenses”. They had to pay “license fees” to the regulatory commission, which was a new experience. The industry structure too was novel; one owner had to be issued with many licenses. Dynamics and sentiments in the industry had to be managed with maturity and care, which only an academic of the caliber of Professor Ranjit was able to deliver.

A gung-ho attitude would not work, and Professor Perera knew that very well. He was the perfect bridge between the mostly politically appointed commissioners with no experience in the electricity industry and the relatively inexperienced secretariat; while a strong government and a mature electricity industry were closely watching how the commission would perform.

Being the licensing agency, and with the private sector allowed to produce and sell electricity under license, pressure on the Commission and the Director General was enormous. An honest DG knows the law and its limits. He must be answerable to his own conscience, the government, the utility industry and the academic community. The pressure from within and outside, demanding various illegal actions from the DG may have been enormous. Being a man of principle, on a day in December 2009, he resigned from the position of Director General.

Although Professor Perera had to leave this world early, his teaching, his research and his overall contributions to the electricity industry will remain and be remembered for years to come. He stood up for what is right and refused to bend the rules!