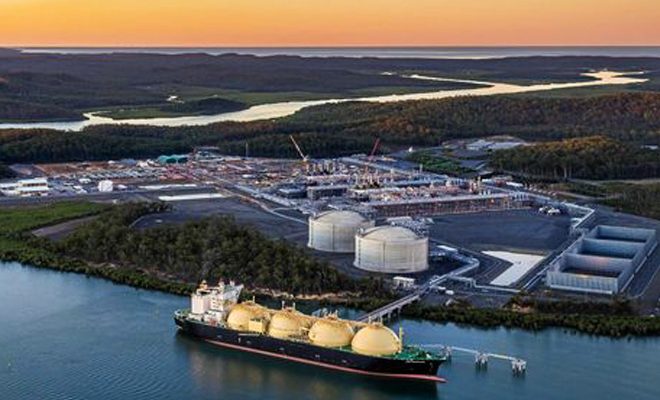 Sri Lanka stands to lose up to US$ 400 million over the next five-year period if the government decides to move ahead with the unsolicited proposal submitted by the US-based New Fortress Energy (NFE), allowing them to setup the country’s LNG infrastructure and procure LNG from them for the country’s power sector, the Ceylon Electricity Board Engineers’ Union (CEBEU) cautioned this week.

Following an unsolicited proposal directly sent to the Ministry of Finance, the government signed a Framework Agreement (FA) with NFE on July 7, 2021.

The key features of the unsolicited proposal include the purchase 40 percent shares of West Coast Power Private Limited (WCPL) for US$ 250 million, execution of the LNG terminal project, which includes a floating storage regasification unit (FSRU), a mooring system and the pipelines as well as supply of LNG to WCPL, Sobadhanavi Limited (SBL) and other plants.

Further, the CEBEU claimed that the proposal also includes giving away exclusive rights of supplying LNG to Sri Lanka’s electricity generation to NFE with commitment to purchase LNG from the firm under very strict conditions, which would be favourable to them.

“Though in general, take-or-pay (TOP) clauses are typically not absolute and may include flexibility mechanisms for the buyer to adjust the contracted volumes, huge amount of TOP gas volumes   commitments of the buyers have been included in the NFE offer. The purchaser needs to pay the LNG supplier the cost of TOP gas volumes whether or not the purchaser uses the particular gas volumes,” CEBEU stated.

The trade union warned that the CEB and the government could incur an additional US$ 400 million as a result of these clauses including the additional undue gain from LNG pricing formula, which is extremely high when compared to international competitive prices.

It estimated that the transaction cost under the NFE’s LNG supply contract could be in the range of US$ 3 billion for 5 years and could go up to US$ 6 billion for 10 years.

“The offered pricing formulas for LNG supply are very much disadvantageous to Sri Lanka. NFE could make enormous profits from this contract. It is like the infamous hedging deal of petroleum fuel supply, which caused  a loss of millions of dollars to the country. If this NFE proposal is implemented, Sri Lanka will not have the opportunity to gain the advantages of price reductions of LNG in future. Further, Sri Lanka will be deprived of benefiting to procure LNG on government to government (G to G) contracts from friendly Middle Eastern countries,” it elaborated.

Further, under the NFE contract for terminal facility, CEB is also required to pay a minimum of US$ 253 million for 5 years for the FSRU separately as the capacity charge in addition to LNG payment, which is in contrast to the previous unsolicited proposal made by a South Korean firm under the Swiss Challenge basis, where the payment to FSRU was free-of-charge.

Hence, CEBEU claimed that the unsolicited proposal which came in disguise at US$ 250 million for 40 percent of WCPL, in fact aims to secure multi-billion LNG supply contracts without competition and with exclusive rights of supplying LNG to the whole country with undefined extended duration beyond 5 years, creating a monopoly in LNG supply and risking the country’s national security and energy security.

The Union also raised concerns on the laws governing these contracts.

“The governing law of the contracts is the Law of England and Wales where Sri Lanka will be in a very  much disadvantageous and powerless position,” it stated.

Moreover, the CEBEU also charged that the purchase consideration of US$ 250 million for 40 percent stake in WCPL by NFE is less than the valuation of the Chief Government Valuer.

It also cautioned that implementation of NFE’s unsolicited contracts would mark the end of competitive bidding process for LNG supply, the FSRU and pipelines as there are no other requirements than a single terminal facility and single LNG supply contract for the country at the moment.

In addition, it pointed out that the country’s power sector won’t be able to benefit from exploration of natural gas in Mannar basin, if these unsolicited contracts are implemented.

“The Ministry of Energy is working fast on the exploration of natural gas in Mannar basin. This will be of no use locally as entire LNG supply of the country will be supplied through a NFE contract,” it said.